For Those Who Came In Late... Part I

Every now and then I find it beneficial to remind people who we are and what we are doing. This is especially true while we are on furlough and more people are visiting my blog!

To borrow a phrase from the old Phantom comic strip whenever the writer wanted to remind people of Phantom's history: For Those Who Came In Late...

My name is easily found here on this blog, so we won't waste time on that.

I first felt called into missions when I was 10 years old. At that time, my parents had just moved the family to Peru, where my Dad was working as an aircraft mechanic for a small missions organisation based in Florida and working exclusively in South America. At that time, I knew that I wanted to use whatever God had given me in the same way that my Dad was doing, supporting missions in a very practical way.

As time went on, I discovered that I, too was mechanically inclined, as they say, and I eventually became a motorcycle and small engines mechanic, though I was never afraid to work on any other machine when I needed to. In high school, still in Peru, I learned how to use a lathe, how to weld, how to design and build my own parts from scratch when necessary, sometimes making changes along the way in an effort to make a machine work better for a specific purpose. 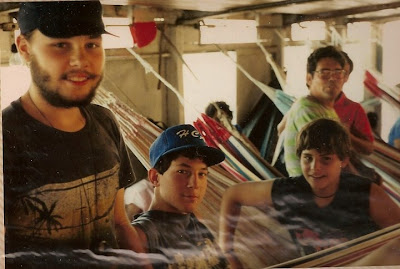 After high school, I returned to the US with a plan to get whatever schooling I needed to get as fast as I could in order to return to Peru within 4 years tops. Through the generosity of a family friend, I was able to attend a year of Bible school, but my grades weren't the best, and my very kind, very generous friend very justly decided that her money was not being invested wisely and decided not to help me anymore.

I left school and went through a period where I drifted from job to job, apparently aimlessly. In the back of my mind, I still had a burning desire to get back into missions and to use my skills to support the work of other missionaries. I even knew that I wanted to work for Wycliffe Bible Translators, as the goal of translating the Bible was one that I could support without reservation. But I wasn't sure how to get the training I needed, and I wasn't even sure what kind of needs there were. I remembered mechanics in Peru who were good at fixing everything, working on a 4x4 one day and a refrigerator the next, but I had no idea where to go to get general Mr. Fixit training.

I began to despair. I began to believe that I would never get the chance to go back to the mission field, and that the Lord must have some other life for me, something undoubtedly humdrum and boring. I knew that I could get a loan for school if I needed it, (and I would have), but I just didn't know where to begin, and I was very much opposed to being in debt.

In the meantime, I was drifting from job to job; I had a 40 mile rural paper route, I worked in a nursing home doing linens-type laundry and waxing and buffing floors, I worked in construction for a brick mason, I worked in a small print shop, I worked in a huge warehouse, and finally I got a job at a motorcycle shop where I had been trying for years to get in. During all this drifting time, I did the odd motorcycle or car repair job on the side, while also repairing and maintaining my own old clunkers, (I used to brag that I had never spent more than $400 on a car). What I didn't realise was that I was slowly getting the education I had been looking for.

About a year after I got on at the motorcycle shop, I attended a Wycliffe Associates Banquet with my brother and a friend of ours. We were all interested in missions, but at this point in my life, I had resigned myself to the apparent fact that I would never be a missionary myself and had started to ask God to give me a "pet" missionary to support, one who was doing the kind of work I wanted to do so badly. At the time, I was 24, maybe 25 years old.

While we were seated at our table, my brother noticed a piece of paper laying out that had a list of job that Wycliffe was looking for people to fill. "Hey, look at this," he said to me, "they need motorcycle mechanics." "Yeah, right!" I said. I didn't believe him, I thought he was just messing around with me. "No, really," he insisted, "Look!" So I looked and sure enough, "motorcycle mechanic" was on the list.

I could hardly wait for the banquet speaker to finish his presentation. As soon as it looked like he was done, I got up and made a bee-line for him, and asked him what I had to do to get into Wycliffe. He agreed to send me a preliminary questionnaire, and the rest, as they say, is history, though it took me a few more years of applications, training, etc., before I was actually assigned to PNG.

End of part I 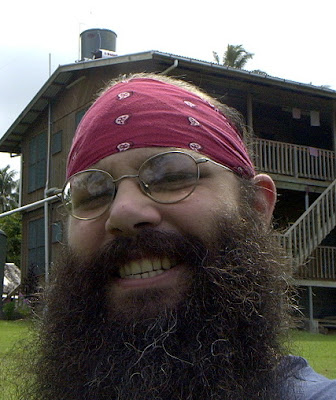 (Andrew in PNG, the early years!)


Posted by Andrew the Mechanic at 7:16 AM