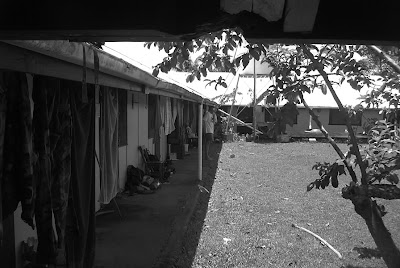 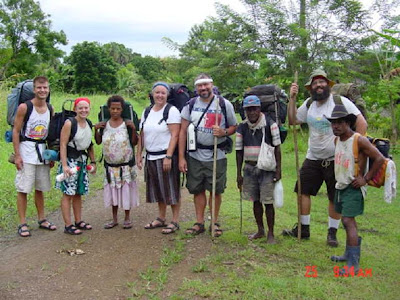 SO! Starting later this month, we will be in Madang for 8 weeks on staff at POC! What was I thinking?! Hopefully we can be an encouragement to our fellow staffers and a blessing to the students.
Posted by Andrew the Mechanic at 12:05 PM 2 comments:

Farewell, Faithful Lumix, You Will Be Missed.

Ah, sad day. The Panasonic Lumix DMC-FZ15 digital camera that I have been using for several years now has finally bitten the dust. It was a great camera, I took it with me all over PNG, all over tropical North Queensland, Sydney, Melbourne, the US, and twice to the UK and took an awful lot of pictures with it. It was the first good digital camera that I ever had. My first digital still camera was a really cheap RCA that predated USB connections and took forever to upload it's entire load of 16, low resolution images through a serial port cable to my computer. (Or maybe it was the computer I had at the time that predated USB, I can't remember now--I just remember that it took lousy photos, not very many of them, and they were a pain to get off of the camera). My second digital camera was a Toshiba--a big, clunky one. It too, was severely limited, but at least it took reasonably good quality photos, but I could only take 1 photo on a cheap set of AA batteries before they were dead or 10 photos on Duracells. Only 10! And that was with the flash, the LCD display, and all the sounds turned off! The Toshiba was the camera I brought with me to PNG when I arrived in 2002. It lasted me a couple years, then one day I was in a little museum in Goroka and I was taking photos of WWII junk in this museum when a Papua New Guinean man walked up behind me and quietly said "no pictures". I protested that I wasn't even using the flash and again he said quietly, "no pictures". Oddly enough, that camera never took another photo, and even the photos that I had just taken were not retrievable. I've always wondered if maybe that man cursed my camera somehow, it just seemed like too much of a weird coincidence to me.

Anyway, the death of the Toshiba made it into my newsletter, which had no photos that month. One of my financial partners contacted me shortly after that and told me that he wanted to buy me a new camera, and to let him know what I wanted. Well, I sent him a list of my top 4 or 5 cameras, (naturally a really nice Nikon dSLR was at the top of the list, yeah, pricey, but he did say to let him know what I wanted, so I did), and the Panasonic Lumix was, as I recall, right in the middle of my list. That's the one he ended up buying for me and I was very happy with it. So happy, in fact, that I've decided to buy another Panasonic, but this time I'm buying a used one off of eBay, one that is a few years old, but is in very good condition and has seen little use as it was somebody's back-up camera.

I can't say for sure what happened to my FZ15--one day it just wouldn't come on any more. But it had lived a full, rich life and its carcass has the scars to prove it. I think that I can honestly say that I used it up. My new camera will be able to use the same SD media cards that I have for the FZ15, and I think I might be able to make the FZ15 rechargable Li-ion batteries work, too.

As a back-up camera I've been using a little Canon Powershot A430, (I think it's an A430), but recently it has suddenly decided to make every photo look washed out. With a good deal of jiggerypokery, I can manage to get a photo that is at least viewable, but certainly not what I'd call a "good" photo. So, no photos for now until the new-to-me Panasonic Lumix DMC-FZ30 gets here. I'm hoping it will get here within a couple of weeks, but will more likely be a couple of months.
Posted by Andrew the Mechanic at 9:16 PM No comments: